Balonne Shire Council will be undertaking works in St George from Wednesday 12 August. Check if your street will be affected.

Balonne Shire Mayor Samantha O’Toole has helped usher in a bold new era for leaders of the South West, by merging the region’s two main advocacy groups into a single, stronger, representative body.

At the inaugural gathering of the Western Queensland Alliance of Councils at Longreach this week, Mayor O’Toole and her counterparts from the Maranoa, Murweh, Quilpie, Paroo, and Bulloo Shires have agreed to merge their existing advocacy groups – South West Local Government Association (SWLGA) and the South West Regional Economic Development Group (SWRED) – and form the South West Regional Organisation of Councils (SWROC). 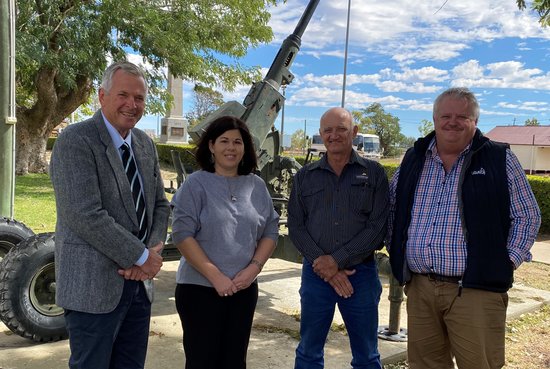 Mayor O’Toole said creating the new SWROC puts our leaders in a better position to advocate for all South West communities at both a state and federal level.

“Taking this direct approach creates a much stronger alliance, and it will be very beneficial for our region in the long term,” she said.

“I am looking forward to continually advocating for our residents alongside my fellow South West Mayors.”

The SWROC strategic plan is due to be tabled at Shire council meetings during early August, aiming for endorsement by all six councils in the SW region.

The SW Councils are scheduled to hold their next meeting on 10 September, 2020 to identify the structure and action plan for the new SWROC going forward.