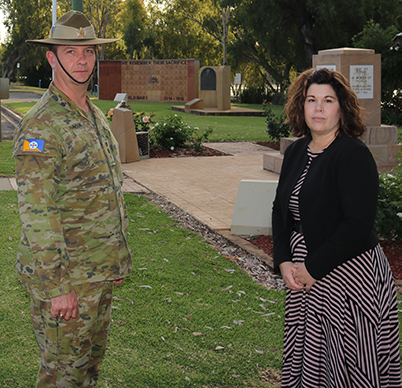 And in a month the unit will be forced into recess after a quarter of a century of “active service” unless someone willing and able to effectively take charge of it can be found.

“”Our deadline is 11th December and if no one comes forward we will have to close the unit which would be a real shame,” Adjutant HQ Sth Qld Bde Captain  Greg Johnson said during a visit to the town in a last ditch effort to seek to find a suitable leader earlier this week.

“We really need at least a couple of volunteers willing to receive the necessary training and make a commitment to administer and conduct training for the cadets in a safe and well-governed manner,” he said.

“People who can commit time and energy, are motivated and have a safety focus towards the care of the cadets.

“They do not have to have a military background and will be provided with all the training they need.

“In return they will be able to know they are helping to influence the next generation of young Australians and helping them to become better citizens.”

Capt. Johnson said there were about 16 young people keen to be involved with the unit.

“It would be a real shame if it had to close because it would be the last youth development program operating in the town, which really does make it a critical operation.”

Mayor Samantha O’Toole said the said the cadets had played an important role in the community for decades and not just at commemorations such as Anzac Day and Remembrance Day.

“This is a program which really encourages the youth to actually give back to their community.”

“They provide a unique opportunity for young people to get specific training which they would not be able to get elsewhere and I have really appreciated the role they have played.”

Samuel Waters, pictured below, who began in the cadets in grade seven, said the program had provided him with many opportunities.

“I was able to complete courses in order to rank up to Warrant Officer Class 2, and it taught me skills that will help in day-to-day life. Skills such as leadership, respect and teamwork,” he said.

“Cadets is also a lot of fun, and it will be a pity if it can’t continue.”

His mother, Kirsty said cadets had been “fantastic“ for her son.

“He looked forward to meeting every week, and the camps were always fun,” she said.

“He also had the shared job of teaching the younger cadets and was proud of the unit when they were present at community commemorations such as Anzac Day, Vietnam Veterans’ Day, Remembrance Day and Australia Day.

“The cadets also volunteer at school fetes and the community Christmas Carnival. It would be a huge loss to the local community and students, if the unit was to close down.” 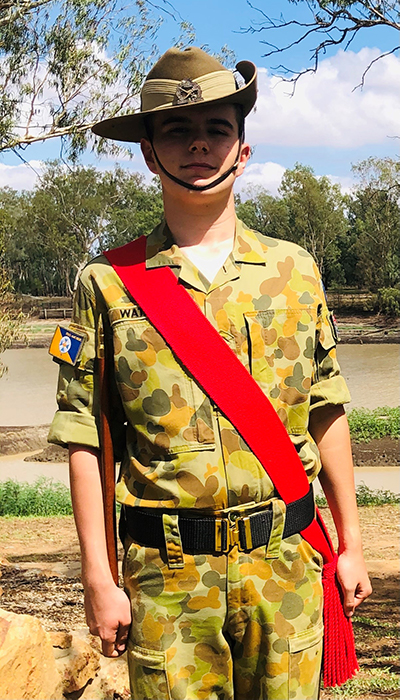