Nominate your mates for the 2021 Australia Day Awards

Balonne Shire Council is now calling for nominations for its 2021 Australia Day Awards. 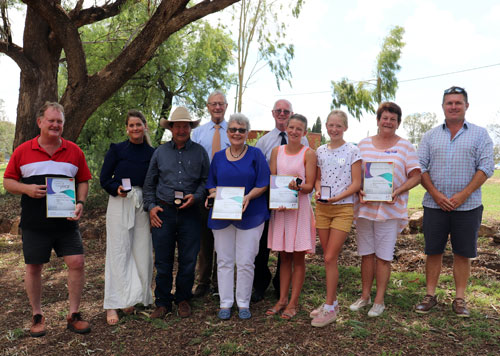 Mayor Samantha O’ Toole said the awards were an excellent opportunity for the community at large to recognise, in a meaningful way, the achievements of individuals and in the case of the Community Event of the Year, organisations.

Nominations are being invited in the categories of:

Cr O’Toole said all residents or organisations in the Shire area were eligible for an Award.

“I am sure we could all think of someone who is deserving of being recognised for their efforts and I would encourage all residents to think seriously about nominating someone,” Cr O’Toole said.

Guidelines and forms can be found on Council’s website or be collected from the Balonne Shire Council Office.

Nomination forms should be returned via email to council@balonne.qld.gov.au or can be dropped into the Shire office.