There is localised flooding in the Balonne Shire. All essential information can be found on Balonne Shire's Emergency Dashboard.

Landfill cleanup: please leave it to the experts

Residents of the Balonne Shire have been asked to leave the clean-up of local landfill sites to Council, rather than taking it upon themselves.

Balonne Shire Mayor Cr Samantha O’Toole said it was believed that a fire at the Dirranbandi landfill site on Monday afternoon was caused by a resident setting fire to rubbish.

The fire required the Queensland Fire and Emergency Service (QFES) to be called out, and a contractor also had to go to the site to turn the burnt waste and cover it with soil.

Council was also required to submit an environmental and public health report as required by the Department of Environment and Science.

Cr O’Toole said while burning waste was common in the past, it is now considered to have negative environmental impacts. It also costs Council about $5,000 on each occasion and endangers Council’s environmental authority to have a landfill facility for the community.

“While I accept people are just trying to help, it is much better for the management of the site to be left to Council to ensure that the site can continue to operate within the legislated environmental requirements,” Cr O’Toole said.

“Because if it does not operate in a manner which respects the environment it may not be allowed to operate at all and that would be unfortunate for the community.”

It took about five hours for the fire to be extinguished and the site will be monitored throughout the week. 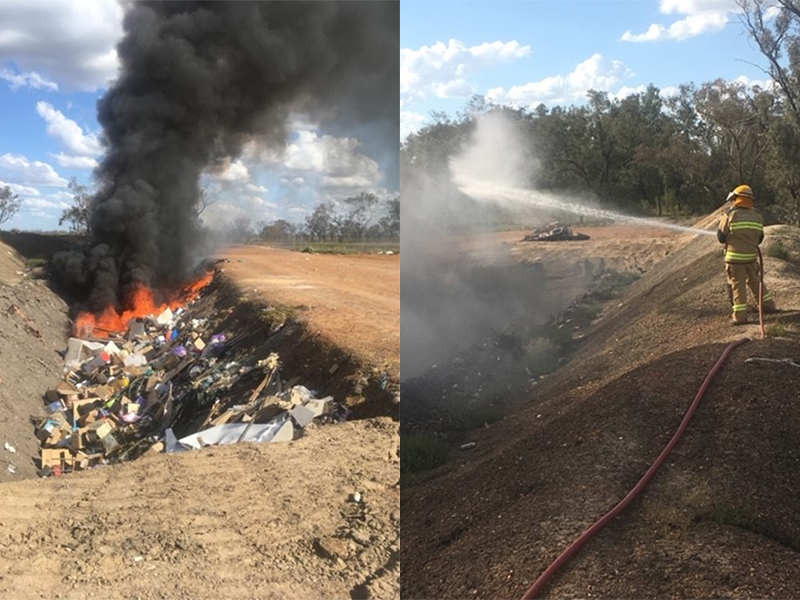