Balonne Shire Council will be undertaking works in St George from Wednesday 12 August. Check if your street will be affected.

Mayor Samantha O’Toole has made a desperate call to arms encouraging local residents to step forward and save the St George Australian Army Cadet Unit.

Adult volunteers are needed by the end of the school year, 11th December, or the Army Cadet Unit will need to close.

Col. Rob Brennan visited St George again this week in a bid to attract community support staff to help run the unit. He stated that “Australian Army Cadets is a partnership between Army and the community, with volunteers being essential to run the program”.

“We really need at least a couple of volunteers willing to receive the necessary training and make a commitment to administer and conduct training for the cadets in a safe and well-governed manner,” he said.

“Someone who can commit time and energy, are motivated and have a safety focus towards the care of the cadets.

“We (the Australian Army Cadets) will provide the training some of which can be done online from home and some is done residentially with all the costs covered.”

Col. Rob Brennan said it would be a real shame if the cadets were forced to shut down given there were between 16 and 20 young people keen to be involved. “There is real satisfaction in being part of a youth development program that not only supports young people, but also the broader community’

“I personally believe the cadet program is crucial. However, in a small regional community (like St George) it is even more critical as it is one of those important youth development programs which really give youth a focus,” he said.

“This is a program which really encourages the youth to actually give back to their community.”

Cr O’Toole said the cadets had played an important role in the community for decades and not just at commemorations such as Anzac Day.

“They provide a unique opportunity for young people to get specific training which they would not be able to get elsewhere and I have really appreciated the role they have played,” she said.

More information about the program can be found at Army Cadets

Anyone wishing to express their interest should email aachq.sq@defence.gov.au 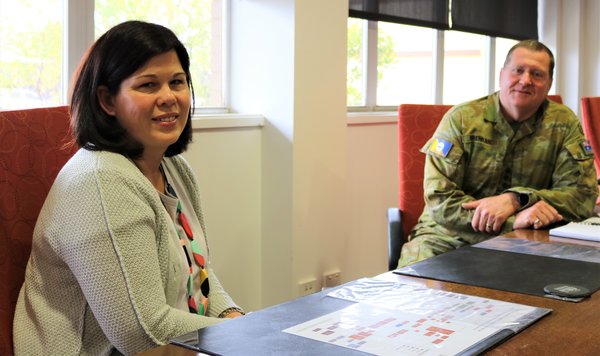